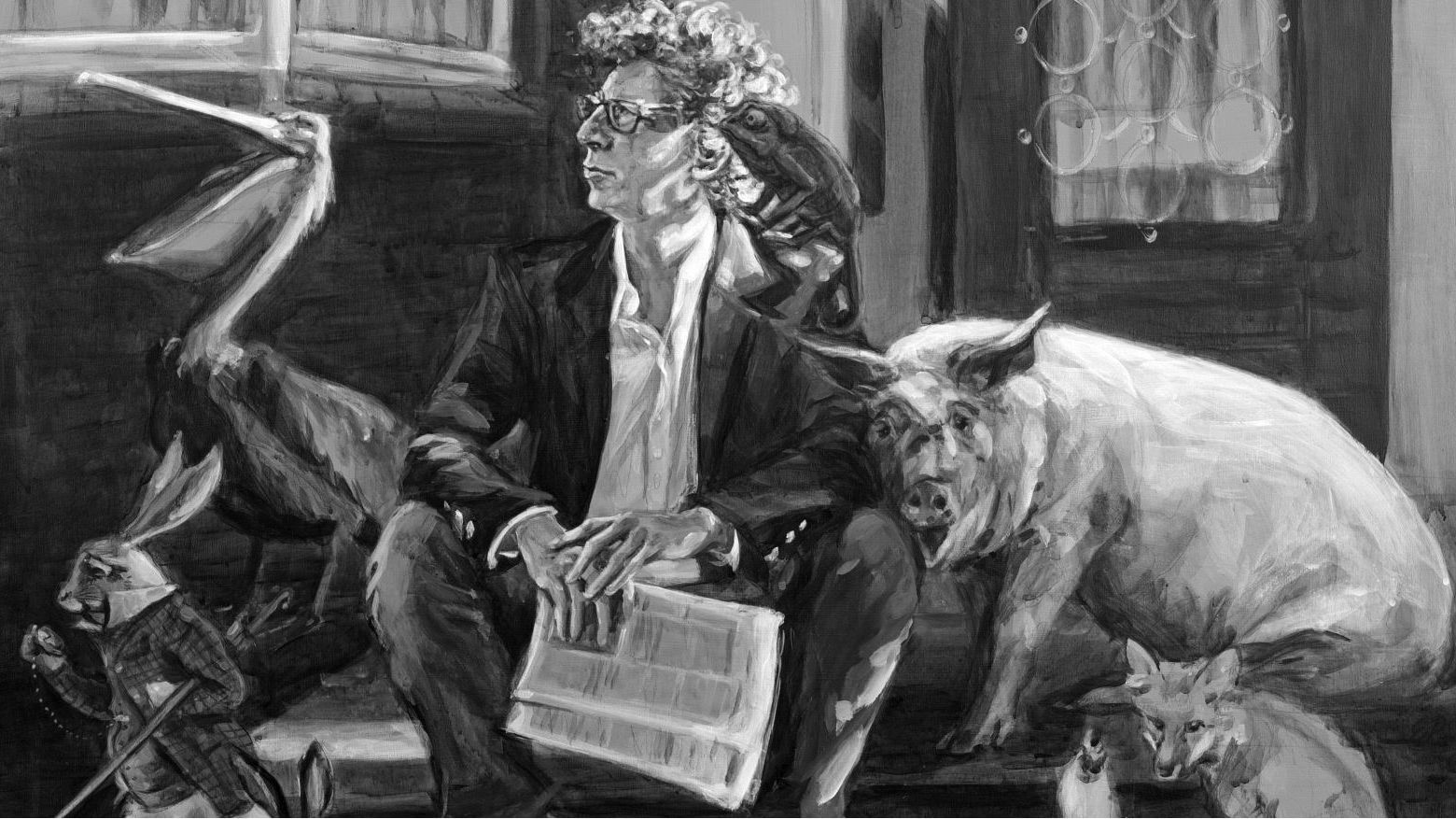 Artist Elisa Pesapane painted the triptych Love after Auschwitz on the occasion of the fiftieth birthday of Arnon Grunberg.

The panels show various rooms of Grunberg's parental home, the ‘station of departure’ occupied by travellers, passers-by and habitués. People who appeared in Grunberg's literary opus and who, like Arnon himself, have now become characters in Pesapane's work.

Pesapane wrote a book as a manual to the triptych: Love after Auschwitz: A Journey with Arnon Grunberg's Devourers and Devoured.