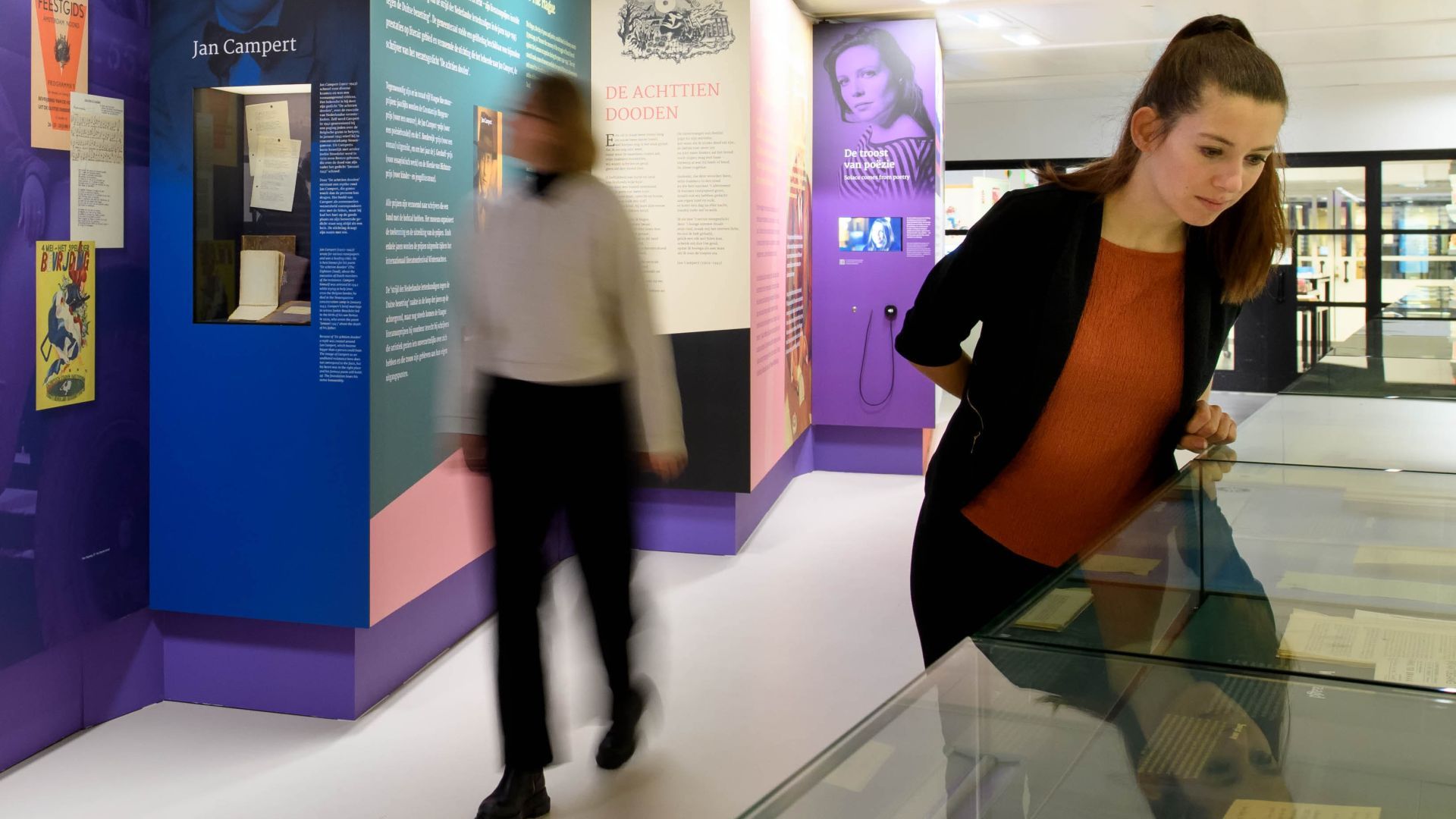 Writing for Peace and Freedom

The Hague Literary Awards were introduced 75 years ago as a lasting commemoration of the resistance of poets and writers against German occupation.

The prizes have become one of the most important non-commercial literary awards in our country. The museum, which is organising the award and presentation of the prizes, is commemorating this anniversary with an exhibition that portrays Dutch literature during and just after the war.

The war diaries of Hanny Michaelis and M. Vasalis are on dispay, as well as a few copies of De Schone Zakdoek (The Clean Handkerchief), the avant garde magazine that appeared in a single edition to circumvent German censorship. The exhibition features F. Bordewijk, who lost everything, Marianne Phillips, who survived the war but was left broken, and naturally Jan Campert, the namesake of one of The Hague Literary Awards and author of the resistance poem entitled ‘De achttien dooden’ (‘The Song of the Eighteen Dead’).