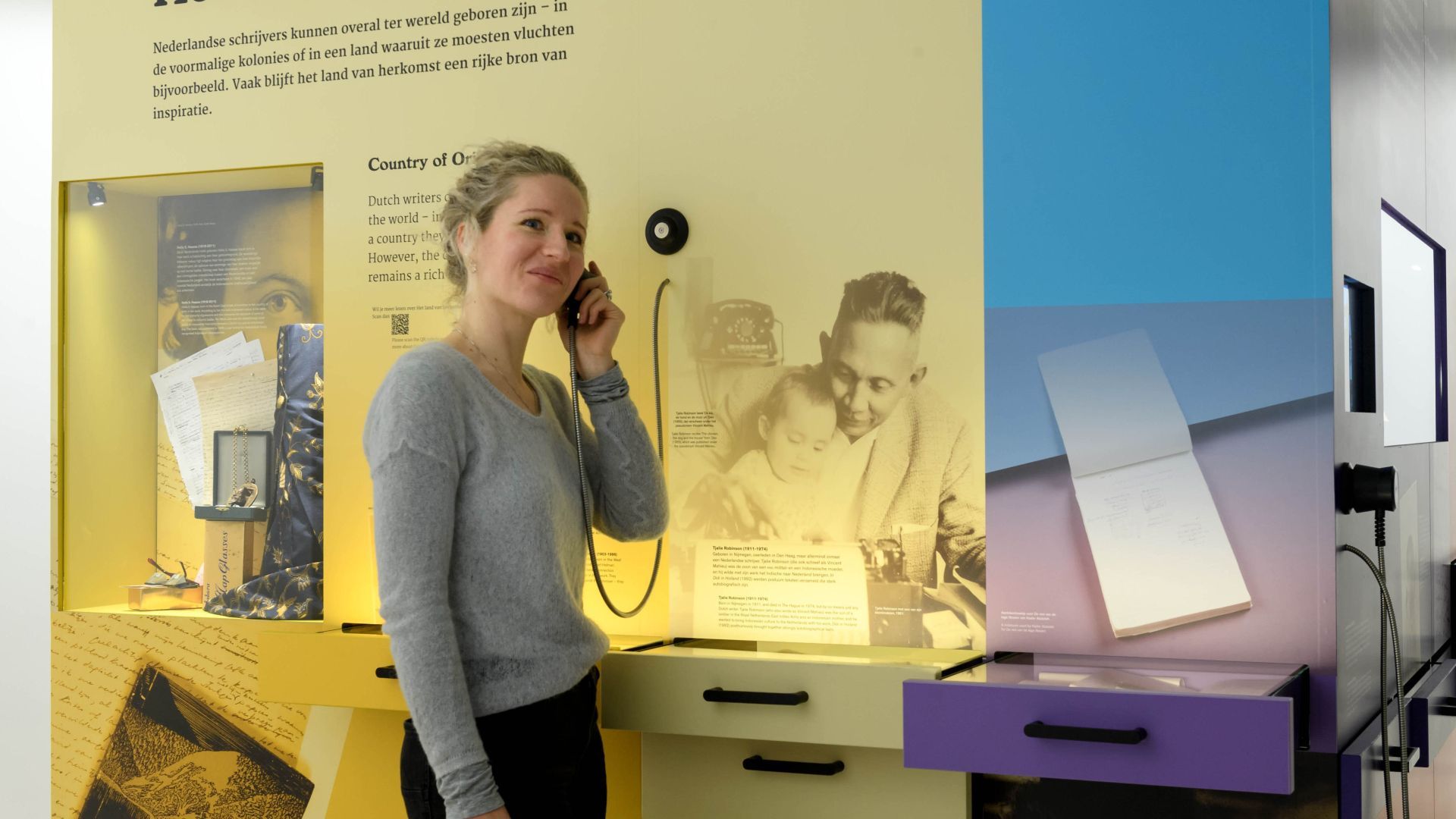 Manuscripts, special objects, films and sound fragments show, among other things, what Anton de Kom means for the independence of Suriname, how Betje Wolff and Aagje Deken propagate the modern views of the Enlightenment, how Annie M.G. Schmidt, with her contrariness and cheerful humor, holds up a mirror to the prudish Netherlands and that Anna Enquist makes others share in the grief for her daughter who died in an accident.

On display are (many!) more: the salmon-pink carnival costume in which Louis Couperus surrendered to the 'splendid folly of Nice', the cuddly rabbit that offers comfort in Gerard Reve's Evenings, and many sheets and notebooks on which writers recorded their first ideas.